Data from the World Health Organization (WHO) show that a sizable portion of people all over the world experience pain and discomfort as a result of oral disorders. 3.58 billion people around the world are affected by dental decay. The eleventh most common medical problem in the world is periodontal gum disease. The most disturbing aspect is that both developed and developing countries rank oral cancer among the top three cancers that claim lives. It is alarming how little people know about oral health, particularly in relation to teeth. Let’s examine tooth structure from the perspective of a dentist eugene oregon. 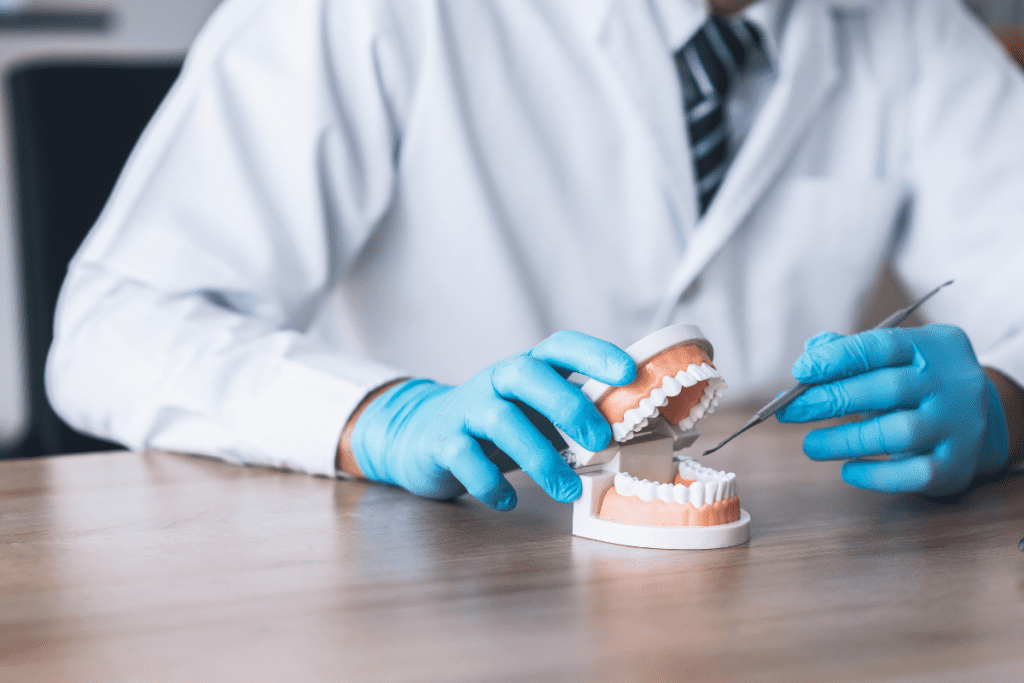 A tooth seems to be a straightforward, sturdy, white component that aids in cutting and grinding food. Its interior tooth structure, however, is extremely intricate. A tooth’s function depends heavily on the gumline, crown, root, enamel, dentin, and tooth pulp.

The crown, which is the upper portion of the tooth, is the only part that is visible. While the front molars have a chisel-shaped, sharp surface that aids in cutting food, the back molars are totally flat and utilised for grinding food.

Where the gums and teeth converge is known as the gumline. This area becomes infected as a result of gingivitis and gum disease. Plaque and tartar begin to accumulate around the gumline when a person doesn’t brush and floss every day. Additionally, gums serve to protect the delicate soft root and maintain the integrity of the entire denticle.

The tooth and the bone beneath the gums are connected via the root. It makes up two-thirds of the entire tooth structure and is essential for maintaining the tooth in place.

The enamel of a tooth, which is its exterior covering, acts as a barrier to protect the interior tooth structure. It is composed of minerals and can be harmed by decay if oral hygiene rules aren’t followed. Unfortunately, it cannot be healed and does not renew. If it has little damage, it can be remineralized.

Another layer known as dentin exists in the tooth structure beneath this covering. It is made up of small tubes that, when a bacterial invasion occurs, can be painful and sensitive.

The pulp chamber, which is another name for the tooth pulp tissue, is located in the middle of the tooth’s structure. It is made up of nerve tissues and blood vessels, both of which can be quite painful when decayed.

The neck, cementum, alveolar bone, and periodontal ligament are other minor yet significant components of the anatomy.

How many teeth are there in a human being?

Kids have 20 teeth, which are known as placeholders for adult tooth structure, until the majority of these tooth structures begin to appear throughout the adolescent years. Permanent teeth are less white than milk teeth. Milk teeth are more prone to decay because they have dentin and enamel that are both thinner.

There are 32 teeth in an adult, including 12 molars, 8 premolars, 4 canines, and 8 incisors. Four of the twelve molars are wisdom teeth. Due to misalignment and other dental problems that result from them, people frequently end up having them removed.

What use do molars serve?

Molars are the large, flat teeth that appear to be in the back. Since they grind the meal before swallowing, they put in the most effort. Although their size and shape can vary, they are still the largest teeth in the mouth.

Molars, on the other hand, are made for crushing food during chewing, while the smaller front teeth are sharp and may quickly rip food. Each molar is attached to the jaw bone by two to four roots.

How many premolars are there in humans?

Premolars, as the name implies, are teeth that come before molars. Both the upper jaw and the lower jaw have two premolars on each side.

Differences between molars and premolars

The most important distinction between molars and premolars is made by the way that they differ in size and shape. Molars are large and have four cusps, whereas premolars are smaller and have two cusps.

Premolars only have one root, with the exception of the maxillary first bicuspid, which occasionally has two. Upper molars occasionally contain three roots in addition to the standard two for molars.

How many roots are there in a tooth?

As was already established, a root is the component that attaches a tooth to a bone socket.

First premolars, first, second, and third molars are advised to have two roots by dentists. There may be one or two roots on the second premolars. Typically, bicuspids have a single root. The large-appearing upper molars, on the other hand, have three roots. The number of roots increases with the size of the tooth structure.

The most prevalent oral health problems

Periodontal disease is the dental health issue that is most frequently reported. It affects the tooth’s supporting bone and gum tissue. More than 40% of Americans, according to reports from the Centers for Disease Control and Prevention, have mild, moderate, or severe periodontal disease. Gums change colour, seem enlarged, or even begin bleeding. The illness might cause tooth loss if left untreated. It frequently occurs in patients who don’t practise good dental hygiene. Scaling and root planning are two possible forms of treatment, as well as choosing antibiotics to treat the infection. The dentist may advise choosing bone grafting, tissue grafts, or flap surgery to remove bacteria pockets if the condition progresses to a serious stage.

If you are concerned about something that seems unusual with your teeth, you should schedule a consultation with Quest Dental in Eugene, OR, to talk about the problem.